This 1,000-word chart looks at the Census Bureau’s latest put-in-place construction spending numbers, as of April 2021. 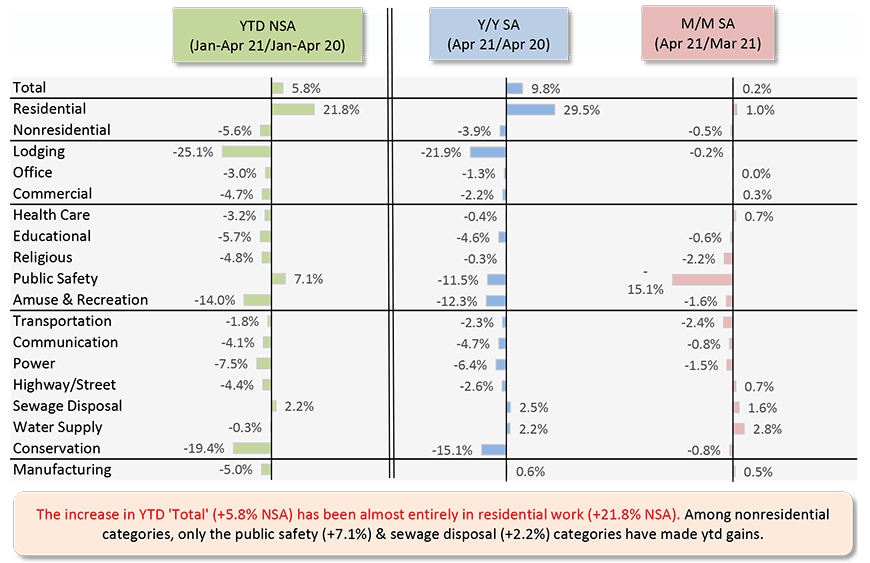