Home CanaData Forecaster Economic News In May, Canada Disappoints Once Again on the Re-Hiring Front
Economic

In May, Canada Disappoints Once Again on the Re-Hiring Front

In May, for the second month in a row, total employment in Canada retreated instead of stepping forward, putting a hold on hopes for an improving labour market. The latest month-to-month decline in total jobs was -68,000, coming on the heels of April’s setback of -207,000 jobs. 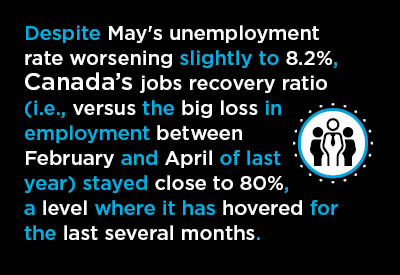 Canada’s jobs recovery ratio  ̶  i.e., versus the big loss in employment between February and April of last year  ̶  stayed close to 80%, a level where it has hovered for the last several months.

At least, for Canadians, there’s some consolation to be found in their jobs ‘claw-back’ ratio, at 80.9%, being better than America’s, 65.9%.

Furthermore, construction’s loss of jobs was less than half the decline (-36,000) recorded by the manufacturing sector. Canadian manufacturing employment is currently (i.e., as of May 2021) +12.1% y/y.

Manufacturing, though, has a better jobs claw-back ratio than construction, 90.9% to 82.9%.

The recent weakness in re-hiring isn’t helping workers maintain the kinds of large compensation increases they were being lavished with last year. For all employees, as set out in Table 3, both average weekly (-2.3%) and average hourly earnings (-1.6%) are off on a year-over-year basis.

In May, average weekly earnings for part-time work recorded the sharpest pullback, -8.1% y/y. 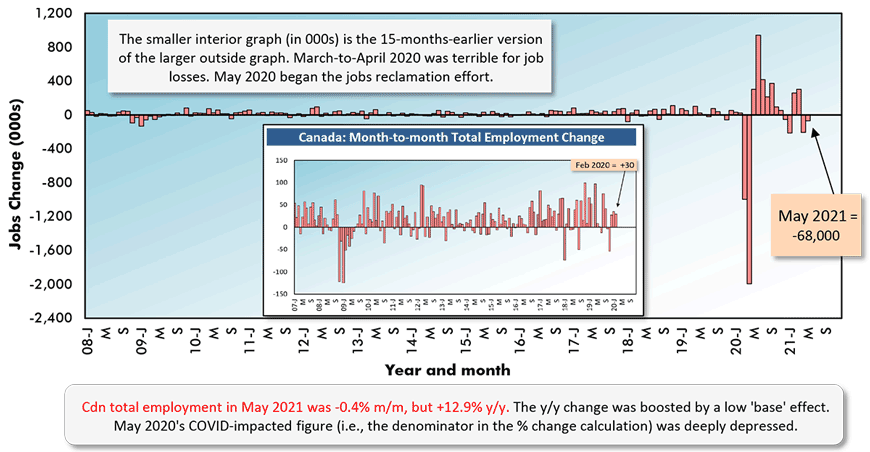 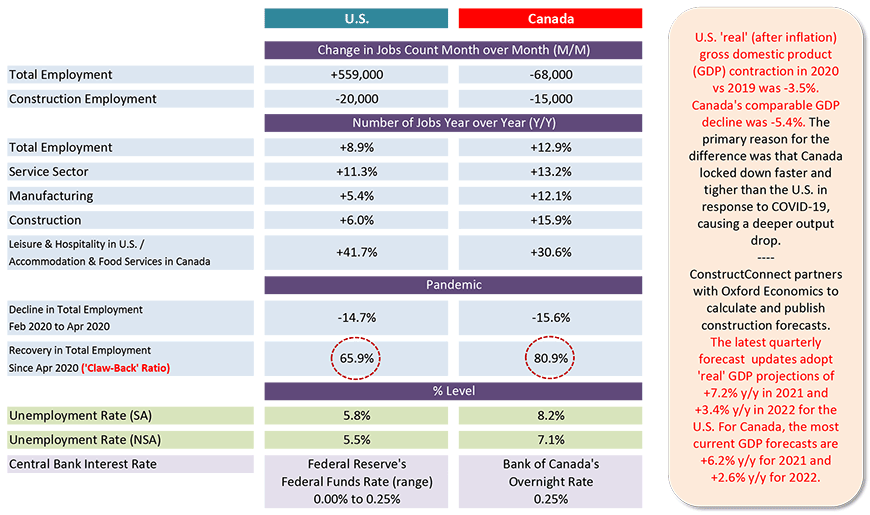 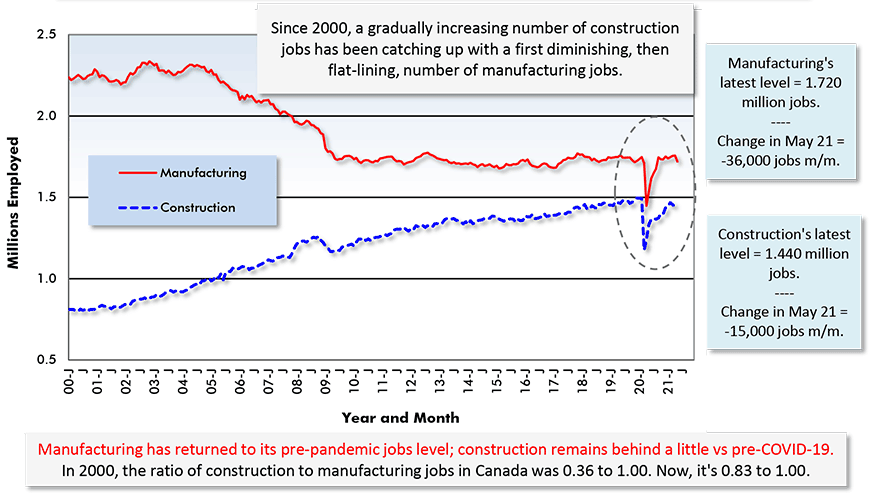 The last data points are for May, 2021
Data source: Statistics Canada.
Chart: ConstructConnect. 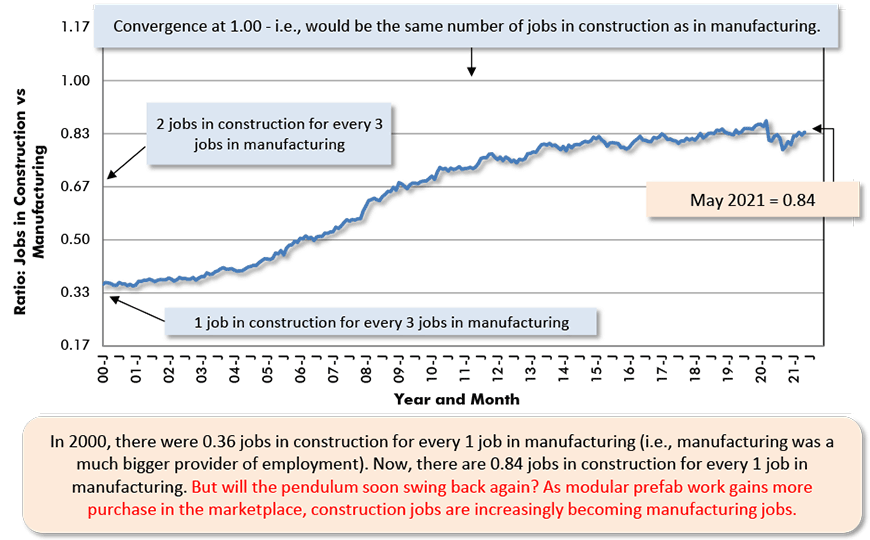 The last data point is for May, 2021
Data source: Statistics Canada.
Chart: ConstructConnect.

B.C.’s Workplace the Leader among Provinces

In provincial labour markets, British Columbia is the standout. Only on the West Coast is the unemployment rate (7.0%) lower than the national figure (8.2%) and the rate of y/y jobs increase (+15.1%) greater than the Canada-wide advancement (+12.9%). 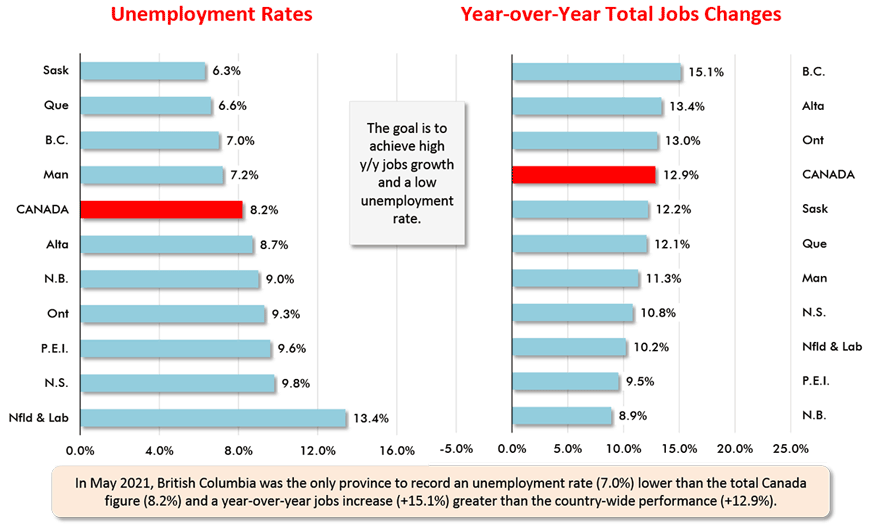 Please click on the following link to download the PDF version of this article:
Economy at a Glance Vol. 17, Issues 88 and 89 – In May, Canada Disappoints Once Again on the Re-Hiring Front – PDF