The U.S. foreign trade deficit deteriorated further in the latest month, sinking to -$972 billion USD in September 2021, an unwelcome record. The shortfall comes entirely in the trade of ‘goods’, -$1.178 billion. The ‘services’ balance, which includes business and tourism travel, plus between-country costs of transporting cargo, remained above water, +$206 billion USD.

It used to be the case that about half of the U.S. trade deficit originated with China. That was gradually suppressed to the point where China’s share shrank below 30% in June of this year. Since then, however, China’s proportion has edged back up again, reaching 35.6% in September.

Other nations have stepped forward to claim bigger slices. From the Euro area, Germany and Ireland held equal portions of the U.S. ‘goods’ trade deficit in September 2021, 5.5% each.

Ireland as such a big trading player is a bit of a surprise. It’s mainly due to U.S. purchases of Irish pharmaceuticals, with some ‘potent’ recreational beverages in the mix as well.

As for who’s going to lead in supplying medicines going forward, some major drug company expansions in the U.S. are expected or underway. For example, Pfizer broke ground on a modular aseptic processing facility in Portage, Michigan in October.

(In Graph 2, the shares for the individual Euro area countries add to more than the ‘total’ because there are some countries not shown (e.g., Spain and Belgium) where the exports-to-imports balance is in favor of the U.S.)

Table 1 highlights that the U.S. is running a sizable deficit in the foreign trade of motor vehicles and parts, -$149 billion year to date. Nearly half of the shortfall (46.2%) is with Mexico; and about a quarter (24.1%) of the negative gap is with Japan.

America has a small auto-sector-related trading surplus with Canada.

To avoid aggravating the imbalance with Japan, and to go hand in hand with ramped-up electric vehicle production, Toyota has announced plans to build a billion-dollar-plus battery plant at an as-yet unnamed location in the U.S.

South Korea and Germany are next in line behind Mexico and Japan for shares of the U.S. total trade deficit in motor vehicles and parts, 10.3% and 8.6% respectively.

Among States, Texas the Bandleader in Export Sales

As for which U.S. states lead the exporting parade, Texas is twirling a baton a mile in front of the band. Its dollar volume of foreign sales to date in 2021 ($269 billion) has been double what second-place California has been able to achieve ($130 billion) and four times as great as third-place New York has managed ($63 billion).

Texas and fourth-place Louisiana export a great deal of oil and gas in their various derivative forms. Prior to the pandemic, upcoming major projects lists for both states included massive additional expenditures on petrochemical plants and liquefied natural gas (LNG) facilities.

Lately, and abetted by the COP26 meeting of nations to address climate change, even more of a chill has descended on the notion of further fossil fuel investments.

Prepared to stare down disapproval, however, the Australian government has just sanctioned a giant LNG exporting proposal, with related offshore pipeline construction, tied to the Scarborough natural gas field along the country’s mid-western coastline.

As an interesting sidebar, Louisiana’s trade story isn’t all about energy. In fact, the state’s major export product in 2021 has been soybeans. And the state’s chief customer is China. 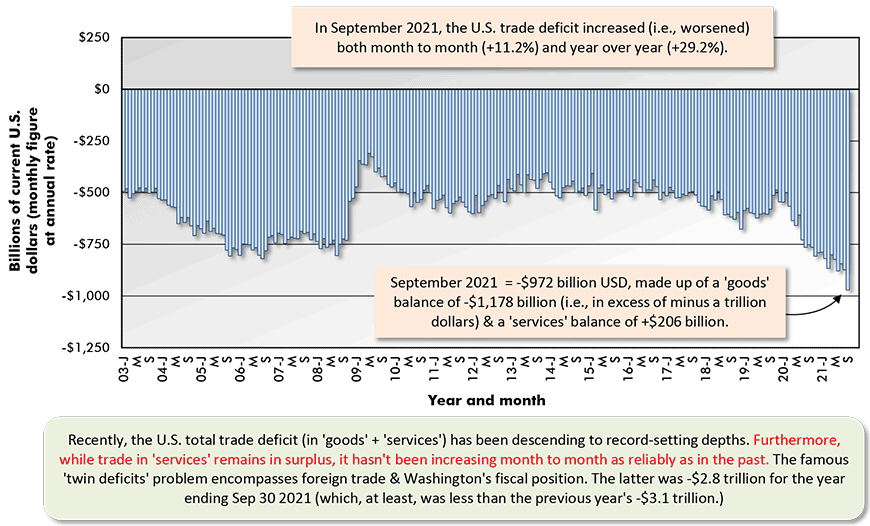 The last data point is for September 2021.
Based on seasonally adjusted monthly figures, projected at an annual rate. 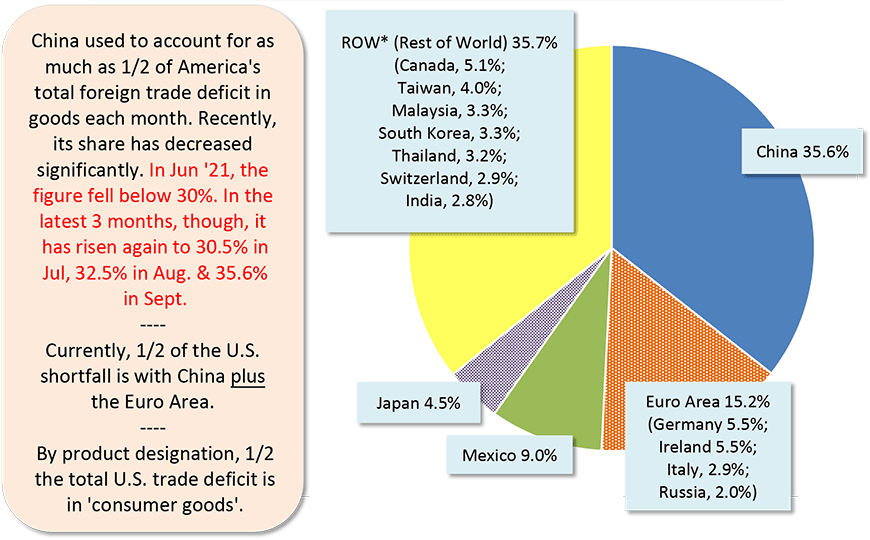 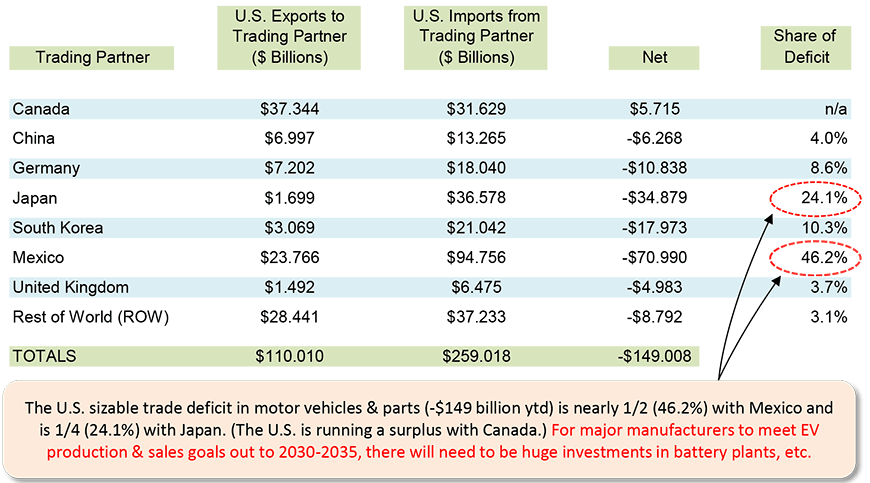 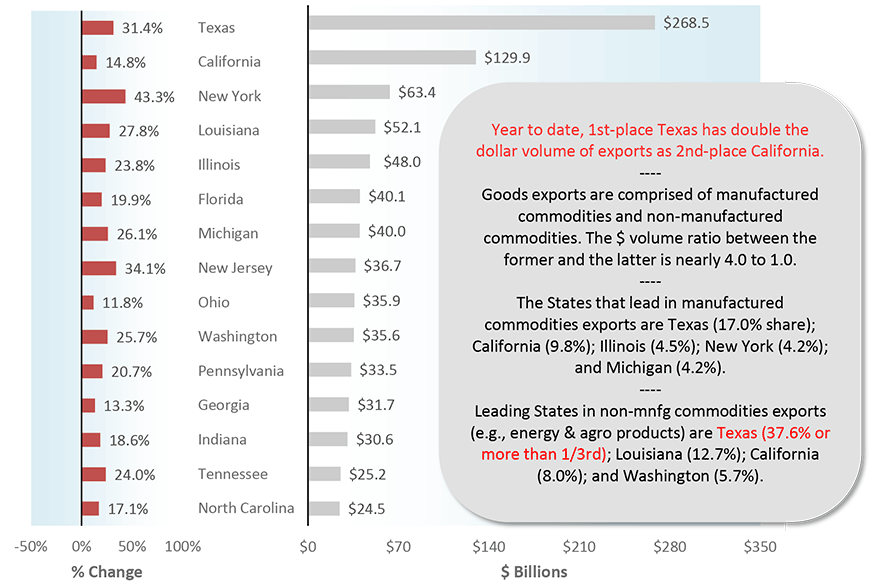