December 2020’s total employment figure in the U.S. declined by -140,000 jobs, according to the Bureau of Labor Statistics (BLS). Neither is this a surprise, nor is it quite as dire as it first seems. 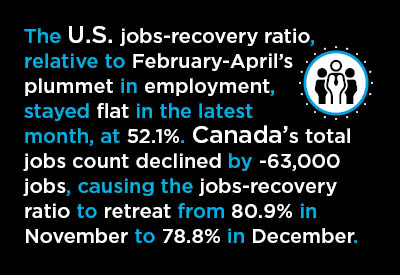 The weekly jobless claims number has remained above 700,000 for 42 weeks in a row and it is still higher than the maximum level (655,000) that was reached in the 2008-2009 recession. Not much good on the jobs creation front will occur until the number of first-time unemployed begins to drop significantly.

And, of course, the new layoffs are coming as a result of surging coronavirus cases. Bars and restaurants that had been re-opening have been forced to cease or scale back operations once again.

Also, there’s been a revision to the previous month’s jobs count that somewhat alters the narrative. The latest estimate of November’s total employment has risen by +135,000 versus what was originally reported.

Therefore, the ‘truer’ net change in America’s total jobs count in the latest month was close to zero (-5,000).

The jobs recovery or claw-back ratio, relative to February-April’s plummet in employment, stayed flat in the latest month, at 52.1%.

A number of industrial sectors managed quite respectable increases in employment in December, including construction, +51,000 jobs.

Unfortunately, those jobs improvements were not able to withstand the onslaught of losses in ‘government’, -45,000 jobs; ‘education and health’, -31,000; and most consequential, ‘leisure and hospitality’, -498,000. 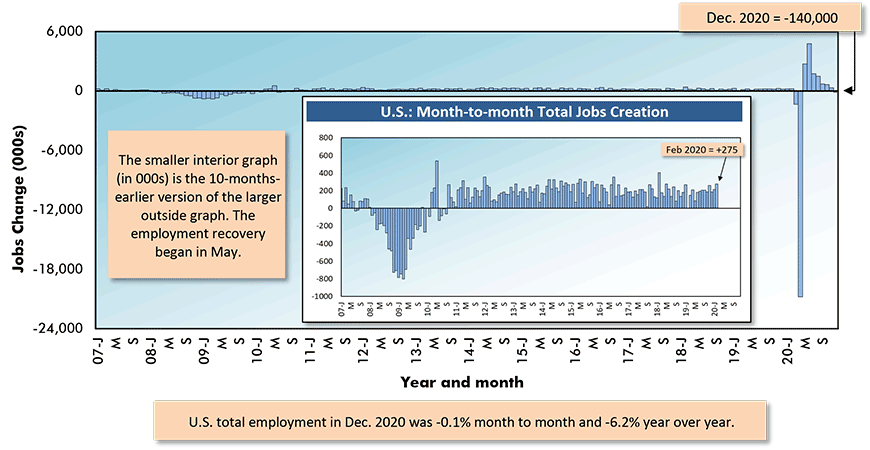 Similar to the U.S., Canada experienced a weakening in labor market conditions in December.

Canadian manufacturing employment in the latest month was +15,000, but the number of construction jobs was -3,000.

One of the few pieces of good news contained within Statistics Canada’s December Labor Force report was that full-time jobs in the latest month were +36,000. It was part-time work that suffered the ‘slings and arrows’ of severe layoffs, -99,000. 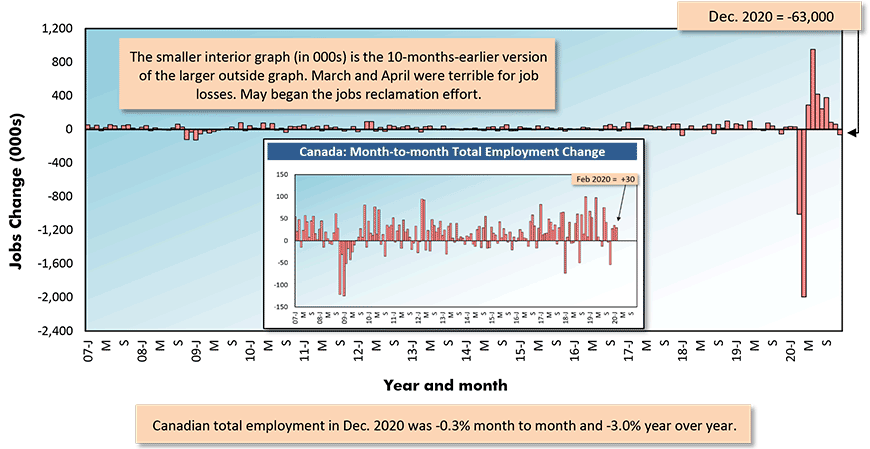 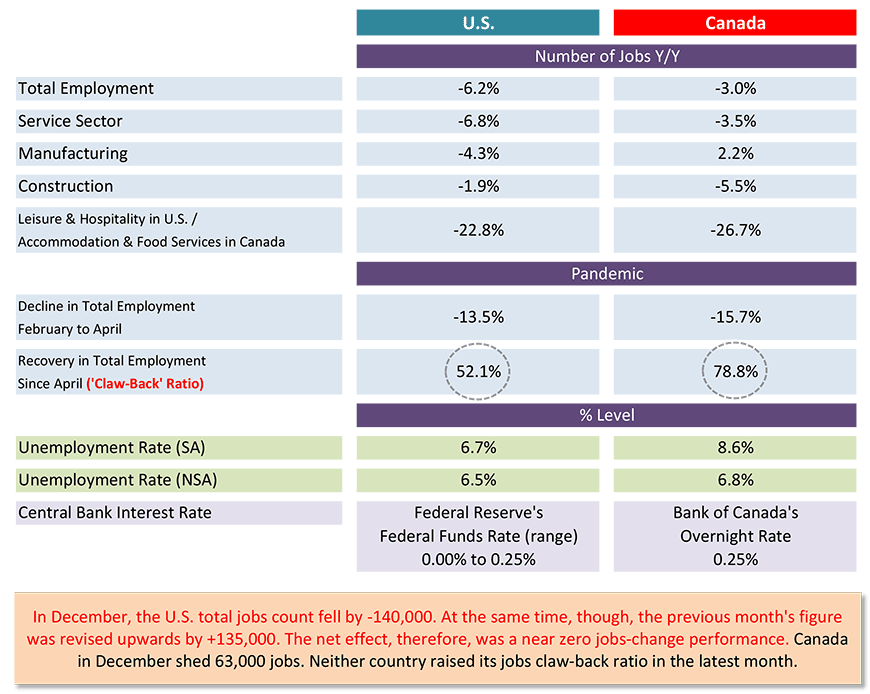