These 1,000-word charts look at U.S. foreign trade, goods and services balance, and the geographic sources of the U.S. total foreign trade deficit in goods, as of April 2021. 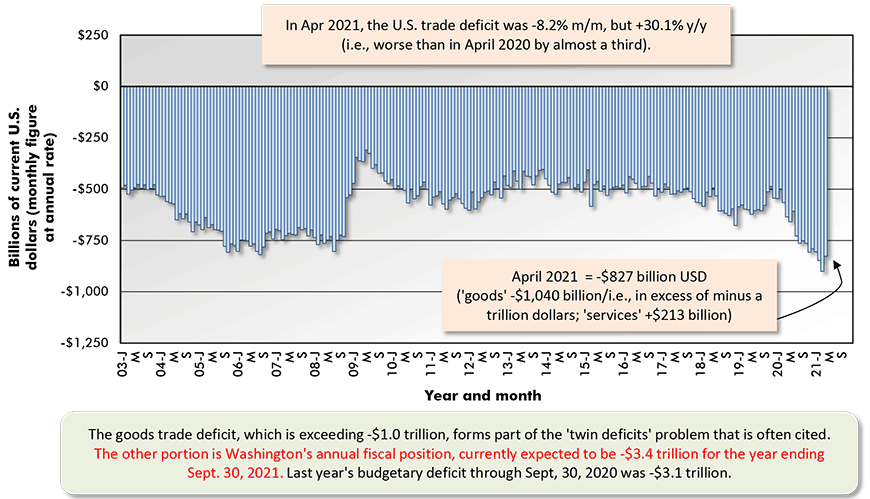 The last data point is for April 2021.
Based on seasonally adjusted monthly figures, projected at an annual rate. 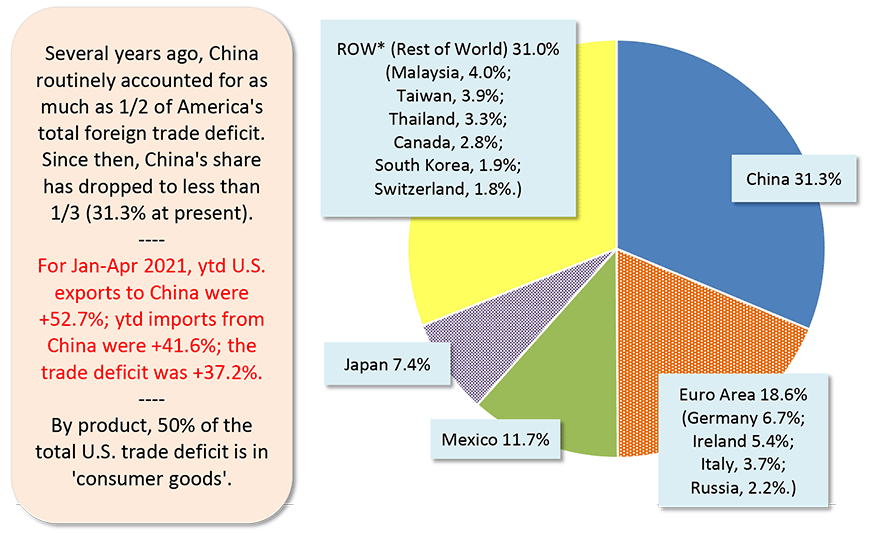