The Presidential election is less than three weeks away and it will be hard to focus on much else between now and November 3rd. Just the same, proper attention needs to be paid to all the other happenings that are proceeding just off centerstage. Some incredible statistical results are being racked up in the latest data releases from public and private bodies and the highlights are summarized in the next 13 bullet points. 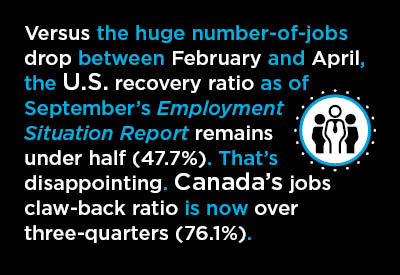 This is the third article in a series that explores practical tools and...

A new mass timber student housing project that is set to rise at the Burnaby cam...

In a first for the Construction Record podcast, this week’s episode features a “...

TORONTO — The provincial government is introducing the Ontario Rebuilding and Re...