While many developers are decrying the lack of land available for industrial projects and cities attempt to protect supply, new data from Metro Vancouver shows the region’s limited sites are increasingly being used for non-industrial purposes.

Officials at Metro Vancouver stated this “poses a considerable risk to the region’s economy.”

The inventory is done every five years. It provides information about the amount of land that is developed for industrial and other uses and identifies lands that are vacant by type of activity and other attributes. 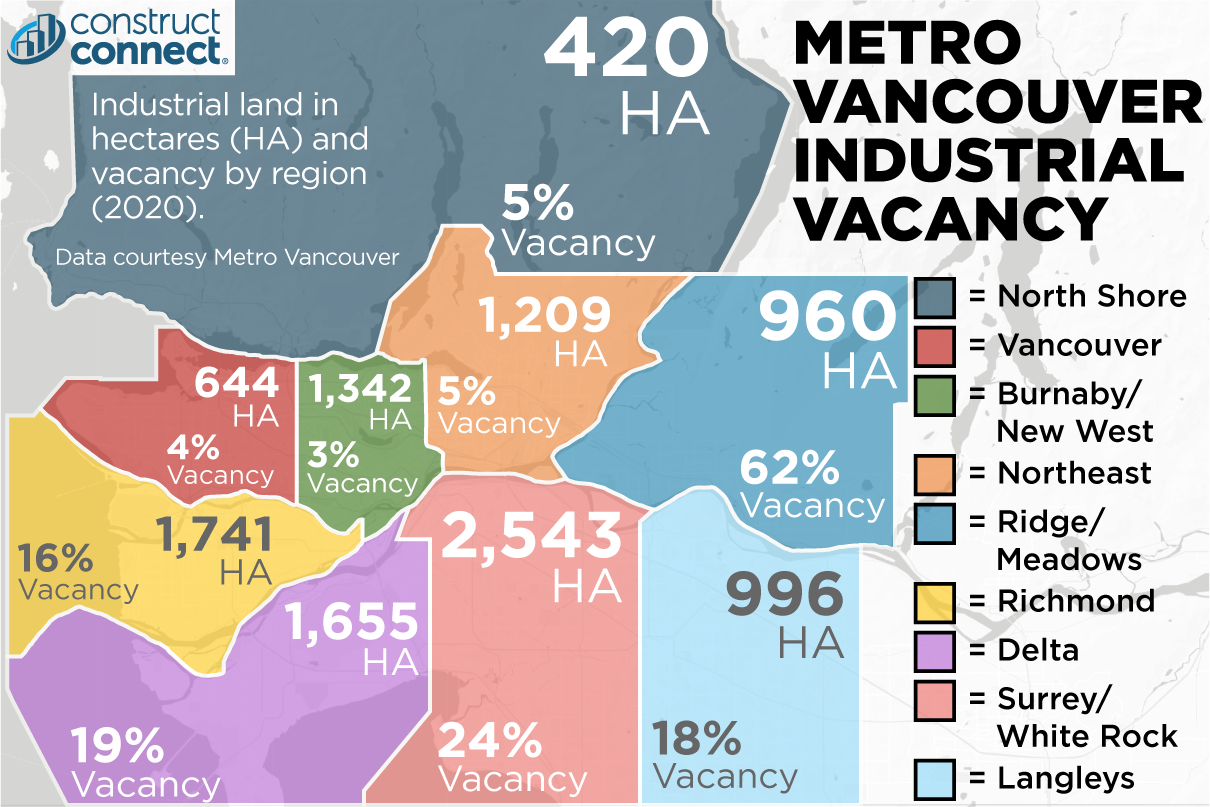 The study added long-term policy to protect industrial lands varies, with 89 per cent of the inventory regionally designated as either industrial (67 per cent) or mixed employment (22 per cent). At the municipal level, 82 per cent were both zoned industrial and designated industrial.

The study pointed out large sites for trade-oriented logistics were particularly lacking.

“This has impacts on businesses locating in the region and being able to stay and grow in the region,” said the authors. “Although there was an increase in the total size of the inventory between 2015 and 2020, many of the lands added are not in locations well served by the transportation/goods movement network. Even with these additions, due to the rate of development activity, the amount of vacant industrial land continues to decline.”

Industry Perspectives Op-Ed: Does the ‘Nudge Theory’ apply to trades and apprenticeship?

Recently I reacquainted myself with the research report It Pays to Hire an Appre...

By mid-summer, Calgary's construction and demolition industry, looking to dispos...

LANGLEY, B.C. — B.C. officials are asking the public for their thoughts on plans...

Surrey cracking down on construction crime

Officials in Surrey are looking to crack down on illegal construction with a new...