B.C.’s first female-led construction company, Belle Construction, has been given the stamp of approval from the Human Rights Tribunal to exclusively recruit and hire female tradespeople.

The BC Human Rights Tribunal’s Special Program offers the opportunity for organizations to advance equality in the province by granting approval to operate in favour of an under-represented group, without penalty under the Human Rights Code. Belle Construction will have special program approval for five years.

“I had thought about talking to the Human Rights Tribunal,” said Kendall Ansell, founder of Belle. “But I thought I would never get anywhere with it. I thought I would just apply so I at least could say that I tried.”

Ansell had to write an extensive essay outlining hiring issues, the jobsite environment for women and how Belle intended to address this. Of the 180,000 licensed tradespeople in the province, only 4.7 per cent are women. According to the B.C. Construction Association, less than 50 per cent of women continue apprenticeships after the first year. The retention rate for men in the first year is estimated at 70 per cent.

Belle Construction, which launched in March on International Women’s Day, provides full-service contracting solutions for clients across Canada. Ansell launched the company to address the small participation of women in construction. Following the launch, she told the Journal of Commerce that few women even consider a career in the industry, and many who do feel uncomfortable on jobsites and face harassment.

Ansell initially tried crafting job postings for a carpenter and a site supervisor using terms like “rainbow” and “inclusivity” that might attract more women, but soon was flooded with applications from men. Now her ads will be able to explicitly request women.

Ansell has also been working towards her goal by establishing the Belle Construction Achievement Award at BCIT. The $500 cash award goes to a female graduation of the construction management program each year.

Another passion project of Ansell’s is poised to be released. She plans to release a self-published children’s book, “Belle and Friends Build a House”, on Amazon to teach young girls about tools and the trades. Ansell said she got the idea for the book while doing talks and interviews for Belle. Many would ask what could be done to encourage young girls to pursue construction as a career.

“We have Bob the Builder, but we don’t have a female in place of that,” said Ansell. “This is a passion project to teach little kids about tools and that women can be plumbers and other trades.”

Ansell’s father was a contractor and she grew up helping him build custom homes. She has spent nine years working as an interior designer. 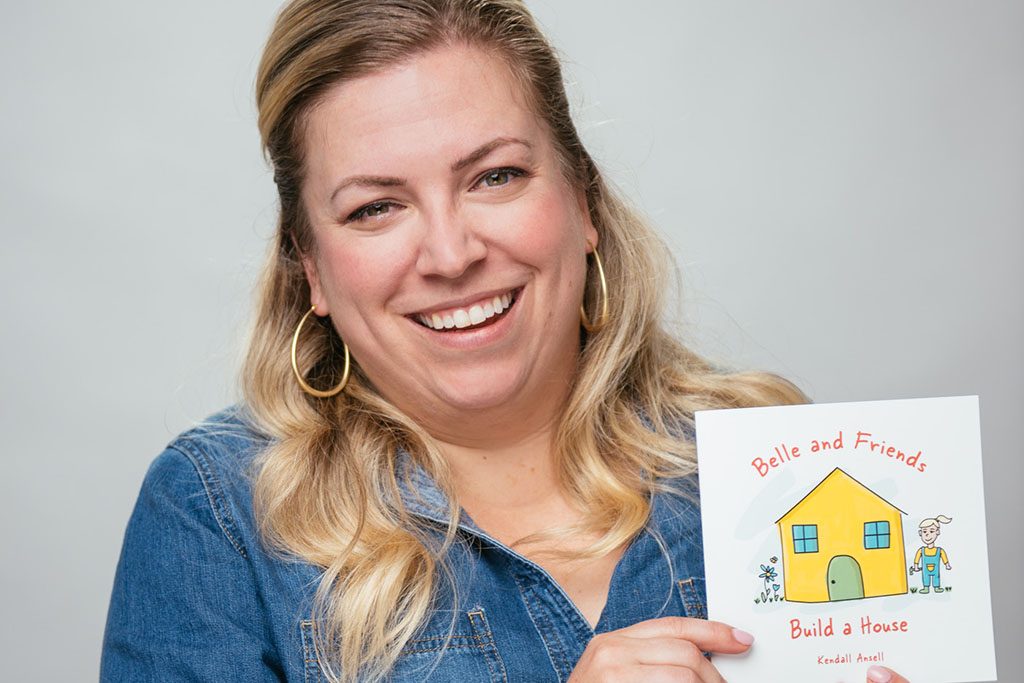 On Sept. 20 the editorial staff of the Daily Commercial News and Journal of Comm...

With many of the negative economic impacts of COVID-19 finally receding, surging...

A new group hopes to create a unified voice for Indigenous construction companie...

PHOTO: Rush on the Rise

Facade work is moving up on The Rush mixed-use condos in Toronto. The owner/con...

On Sept. 20 the editorial staff of the Daily Commercial News and Journal of Comm...

With many of the negative economic impacts of COVID-19 finally receding, surging...

BEIJING — A Chinese real estate developer that is struggling to avoid defaulting...

Providing support during the Paralympic Games in Tokyo earlier this month was an...