REGINA, SASK. – The University of Regina’s plans to restore and update Regina’s historic Darke Hall have been unveiled.

The Hall, which opened to the public in 1929, will get seating upgrades, wider aisles, elevators, a new atrium, and an updated front and back of house.

Darke Hall’s upgrades are the second phase of a larger effort to restore the school’s historic College Avenue Campus – a cluster of buildings in the southeast Regina, away from the school’s current main campus. It has buildings that date back to 1911. After major demolition, structural and restoration work, the campus officially reopened last October but work remains to be done at Darke Hall.

Efforts to breathe life back into the school’s original campus have been a long, difficult journey that has been championed by the community and school officials.

“100 years later you get old buildings that have real struggles with deferred maintenance and renewal,” said Neil Paskewitz, associate vice president of facilities management. “Struggles in having them updated, accessible and comfortable for delivery of programs. The old facilities were a great location for community programming, continuing education and for the performing arts.”

Calls to restore and reclaim the campus grew into action in 2016 after overwhelming support from the community, Paskewitz said.

“It’s part of our history,” he said. “We have had a successful engagement with the community both on the funding side and just support for the project to help propel it along. It was a tough one to make happen”

The College Building was $60 million project that includes a $27.6 million contribution from the Government of Canada’s Strategic Investment Fund and involved renovations to the College Building, Tower Building and the Conservatory façade.

For the full scope of the project to be realized, the Government of Canada funding had to be matched, and thanks to a $8.25 million gift from Conexus Credit Union and donations from the community it was.

Some of the buildings, like the Conservatory (a former women’s residence building) and an art gallery that was added in the 1950s, could not be saved and were demolished.

But Paskewitz explained that brickwork, cornerstones and other original elements of the building were able to be saved from demolition process. Some bricks were reused in the renewal project while other items were sold off during an auction. Crews were also able to save the façade of the Conservatory and build in new space behind it to preserve the original streetscape.

Working on decades-old structures has not been without its challenges.

Some surprises are good, like when work crews discovered an extra entrance door from the vestibule into the main hall at Darke Hall. Paskewitz explained it was interesting to see some of the original design intent that likely had to be changed due to budgeting issues at the time.

The campus is now home to the University Centre for Continuing Education, the Lifelong Learning Centre, the Conservatory of Performing Arts and the Johnson Shoyama Graduate School of Public Policy.

Work on Darke Hall is expected to wrap up in 2021. The performance centre was originally built in 1929. Funding for the hall came from Saskatchewan’s prominent Darke family. Francis Nicholson Darke was a former Regina Mayor and a member of Parliament. Darke ran a successful cattle business which he eventually sold to work on land development.

“It’s about continuing the legacy that is there for that building,” said Paskewitz. “There was strong pressure from the community to not forget about this place. As a renovation they are hard but very satisfying – you see what you can restore and what you can reuse and turn into a success story.” 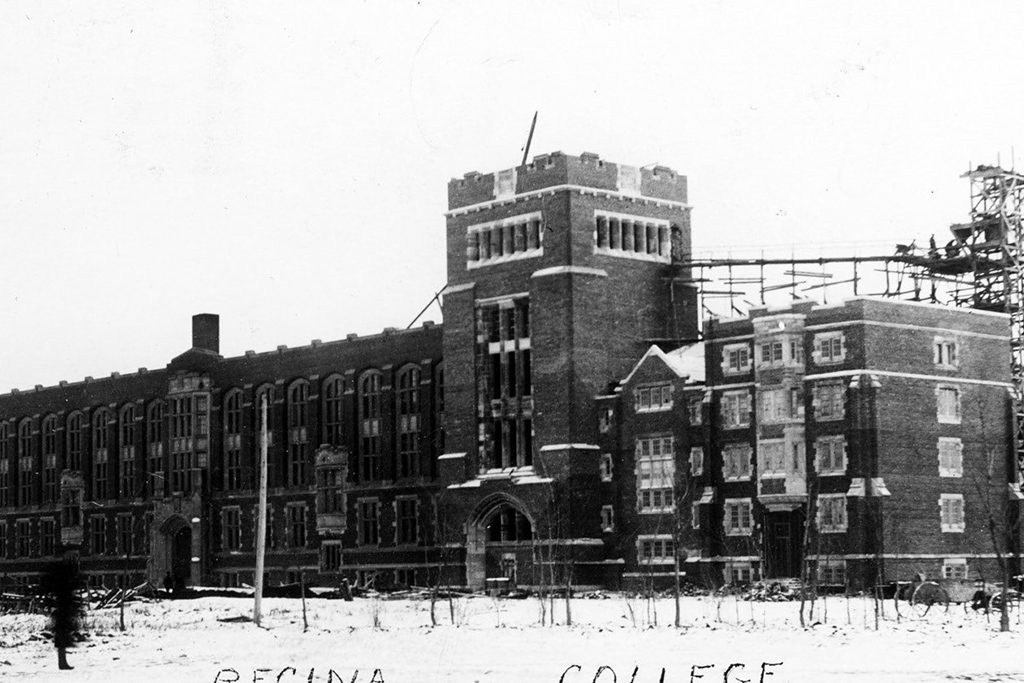 Economics day at CanaData Today is day three of the virtual CanaData co...

Thanks to a patent-pending hybrid timber floor system developed in Ontario, it i...

GOLDEN, B.C. — The Government of British Columbia has chosen a preferred propone...

REGINA — A four-year roadway condition assessment contract has been awarded to F...

SPIRITWOOD, SASK. — Fifty kilometres of Saskatchewan highway is getting rebuilt....

Sid Buckwold Bridge comes in ahead of schedule and under budget

REGINA — The Government of Saskatchewan has released $437.4 million in new highw...