Complete coverage of the pandemic's impact on construction 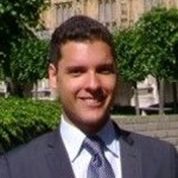 Igor joined the Building Trades in February 2010. He attended the University of Western Ontario where he earned an Honours Bachelor of Arts degree in Political Science (2006), and went on to complete his Master of Arts degree (2007), specializing in Comparative Politics. In 2008-09, Igor was hired as an intern at Queen’s Park, where he worked for both Government and Official Opposition MPPs through the Ontario Legislature Internship Programme. Igor is responsible for overseeing the day-to-day operations of the office, as well as conducting policy research and advocacy work on behalf of the Building Trades. He has also taken part in the Transportation and Infrastructure Working Group for the Greater Toronto Civic Action Alliance.