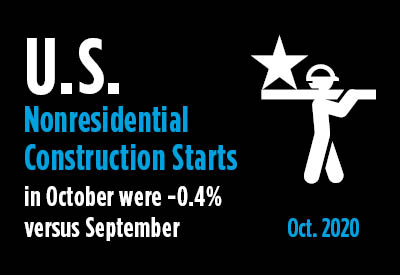 Given that October starts usually feature a mild seasonal decline, due to the arrival of cooler weather, it’s good news that the latest month stayed almost level (-0.4%) with September. But it’s important to record that October 2020 was way down compared with October 2019, -41.5%.

Often, in 2020, the individual monthly figures when compared with the same month of 2019 have fallen short with respect to mega projects of a billion dollars of more each. 2019 was an exceptional year for ultra-large project initiations. (There were 35 of them, adding to $79 billion and 15% of total nonresidential starts.) May and August 2019 were the peak months for ‘megas’. 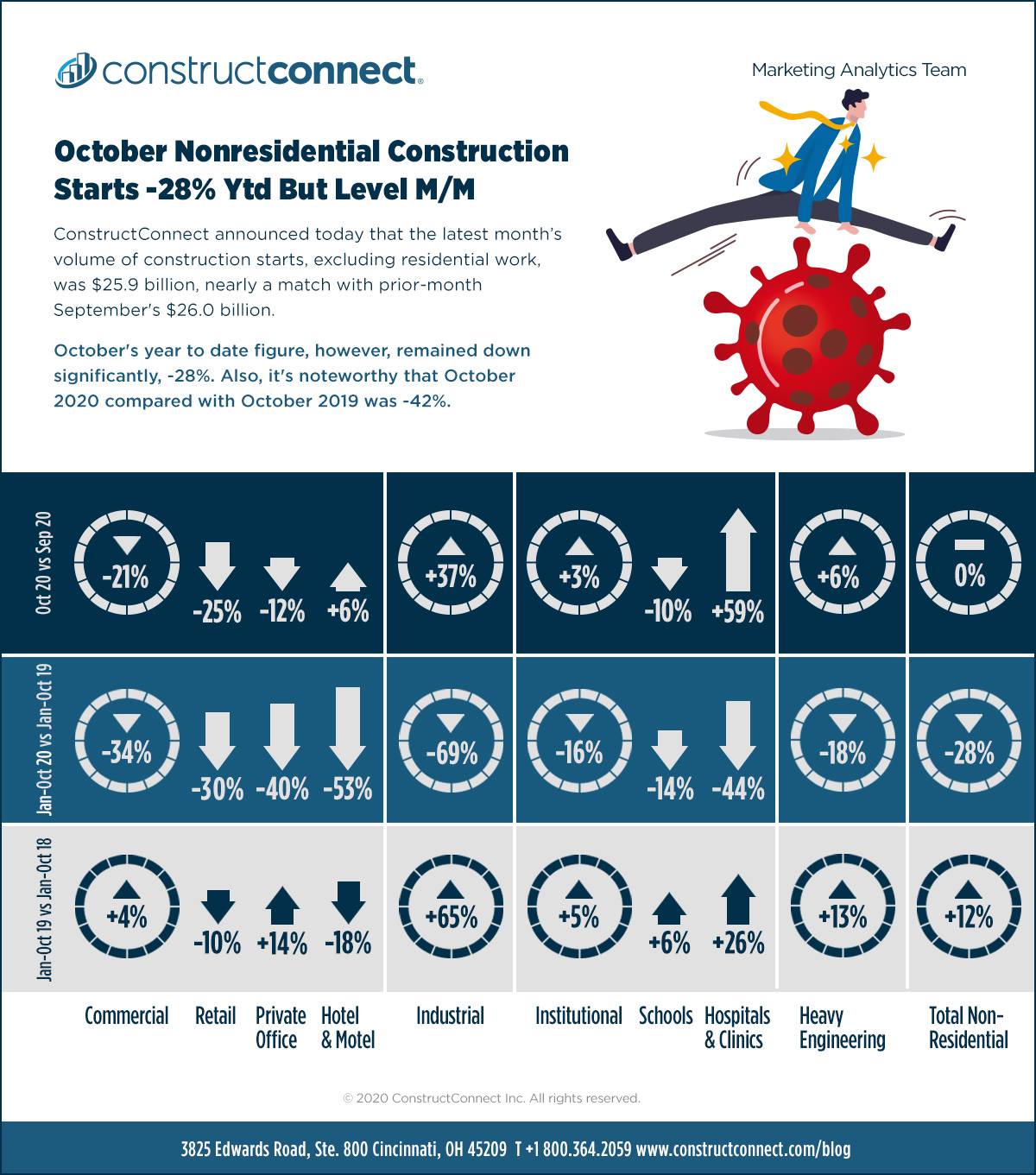 October 2019, though, was run-of-the-mill for mega project start-ups. It included three such undertakings totaling $6.1 billion. (Two of the three were rapid transit projects.) In October 2020 starts, there is only the one mega project, a steel mill in Kentucky for $1.7 billion.

View this video to see how to use the filters in the Interactive Visual.

PITTSBURGH - Investigators looking into the collapse of a Pittsburgh bridge near...