The Census Bureau recently released the latest year changes in U.S. state resident population counts. Below are the key findings: 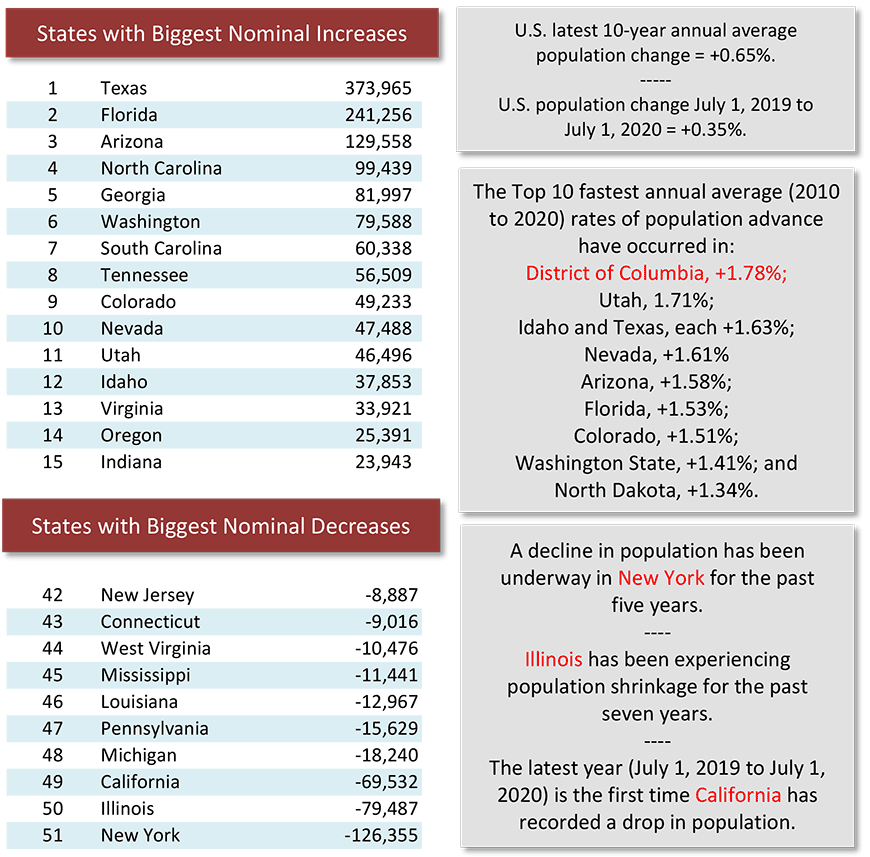