The Workplace Equality (WE) Awareness Ribbon campaign is officially being launched next month and everyone around the globe is invited to join the conversation.

“We are hoping to have a big launch and that people all over the globe go on social media that day and show their support and let us know why they support workplace equality,” said Jamie McMillan, founder of KickAss Careers.

The launch will take place Sept. 18 and is presented by Women in Renewable Energy, Alectra Utilities and KickAss Careers. It will be hosted at Alectra’s Mississauga office.

“It’s a great tool to bring awareness, whether you’re a single person or an organization, large or small, on the importance of workplace equity and what the importance of diversity in the workplace means,” said Kathy Lerette, senior vice-president of business transformation at Alectra Utilities. “I think it will launch a different kind of conversation. I think all businesses can benefit by looking at what they do through the lens of workplace equity.”

The WE ribbon campaign was started a few years ago by McMillan and Pat Williams, who is also a founding partner of KickAss Careers. Every year McMillan and Williams would hold a fundraiser to raise money to help send a tradeswoman to a conference in the United States. In 2015, they decided to sell the ribbon to help raise funds.

“We called them Workplace Equality ribbons, we made a Facebook page and all of the sudden people showed a lot of interest,” recalled McMillan. “We shut it down for a few years, worked on protecting it and trademarking and opened up an incorporation. We just started firing things up again this year.” 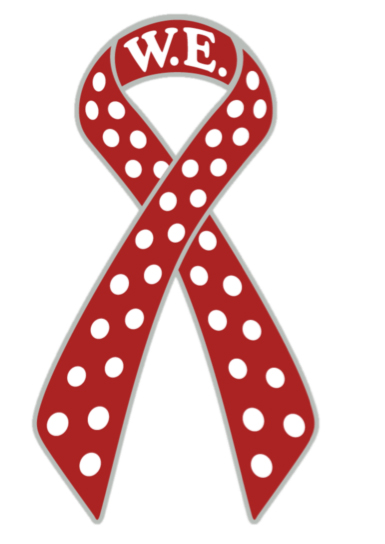 Today the campaign has grown into much more than a fundraiser.

“The mission of the ribbon was originally something very different,” added McMillan. “Over the past few years we restructured and changed some of the original ideas.”

The red and white polka dot WE ribbon is an awareness piece that supports the conversation about the importance of a diverse and equal workplace free from all types of harassment, bullying and discrimination regardless of difference, reads the KickAss Careers website.

“The intent is to create an explicit awareness of workplace equality but also to facilitate dialogue as well,” said Darryl Spector, president of Promation Nuclear and a skilled trades advocate who supports the campaign. “By that increased dialogue happening collectively across the nation, ideally it’s going to inspire more employers to create more opportunities for women and create environments that are more conducive to attracting women and other groups.”

“Workplace equality is super important and it’s at the forefront of all these conversations right now about being treated as equals and being recognized for your ability and not for your gender or sexual preferences or ethnic background,” added McMillan.

“It’s about being seen as somebody with ability and not anything else.”

The red ribbon with white polka dots was inspired by a “We Can Do It” poster featuring Rosie the Riveter, a cultural icon who represented women in factories filling in for the men during the Second World War, wearing a red bandana with white polka dots. While that is how it originated, the ribbon is not exclusive to women and includes all types of equality, McMillan noted.

“We really want the WE ribbon to be a signature of endorsement or a stamp of approval that becomes a recognizable awareness piece that companies can use to show that they are diverse and inclusive employers and have inclusive work cultures that they do practice those things and they take them very seriously,” said McMillan.

“If you see that ribbon on a website where you are going to apply for a job, as the person applying, I’m going to know that they practice equality in the workplace.”

Every single workplace environment deals with some sort of discrimination bullying or harassment, explained McMillan, adding it’s a global issue.

“One of the things I do with KickAss Careers is advocate that its not just in the construction industry,” she said.

“As a woman, I’ve gone to a jobsite and they’ve underestimated what I can contribute to the job. I deal a lot of times with conscious and unconscious bias.”

Spector said there is a tangible need to get underrepresented groups into the skilled trades and make them feel comfortable and safe.

“We know that we have a skilled trades shortage in the nation and its limiting growth and investments and there are complaints about not getting enough people into the skilled trades pipeline but there is still heavy under-representation within the skilled trades industry from women, Indigenous people and youth,” said Spector.

The International Brotherhood of Electrical Workers (IBEW) is advancing with the...

TORONTO — Home sales in the Greater Toronto Area posted a record for August as t...

TORONTO — The Ontario chapter of Canadian Association of Women in Construction (...

Every skilled tradesperson needs to start somewhere, but Starla Penner and Kya T...

TORONTO — The Ontario chapter of the Canadian Association of Women in Constructi...

Young women in the skilled trades face many challenges and insecurity is one tha...

CAWIC celebrates 15 years of building success for women in construction

While there are no plans for a celebratory cake, this is a milestone year for th...