North America’s four major stock market indices experienced another year of outstanding success in 2021. Never mind the pandemic or the fact rampant inflation is causing central banks to consider bringing forward interest rate hikes, the Dow Jones Industrial index and the S&P 500 both established new record highs in December. NASDAQ and the Toronto Stock Exchange ended the year down only a little from the all-time peaks they set a month earlier in November. 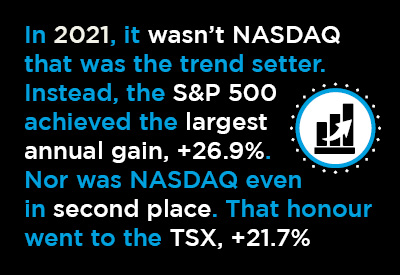 S&P Dow Jones Indices, a division of S&P Global, calculates sub-indices based on sectors for both the S&P 500 and the S&P/TSX; in other words for the U.S. and Canada stock markets.

In both nations, the three leading sectors for corporate equity appreciations throughout full year 2021 were:

Some other sectors with their related corporate share gains were as follows:

The above sectoral categorizations are from the Global Industry Classification Standard (GICS) set up for the financial community. A Wikipedia link to the definitions can be accessed by clicking on  https://en.wikipedia.org/wiki/Global_Industry_Classification_Standard . 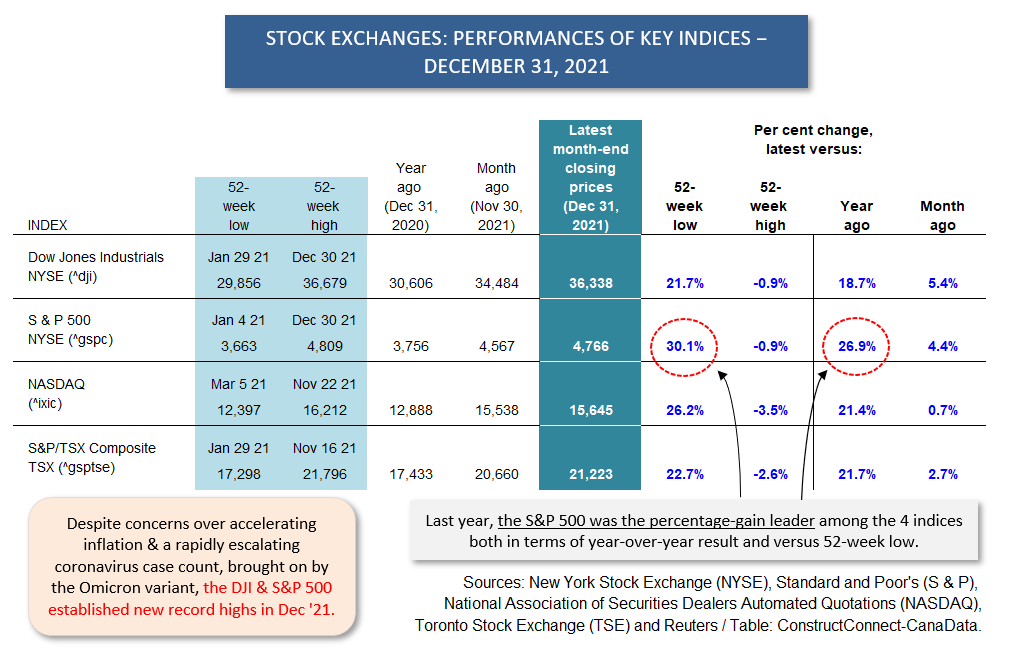 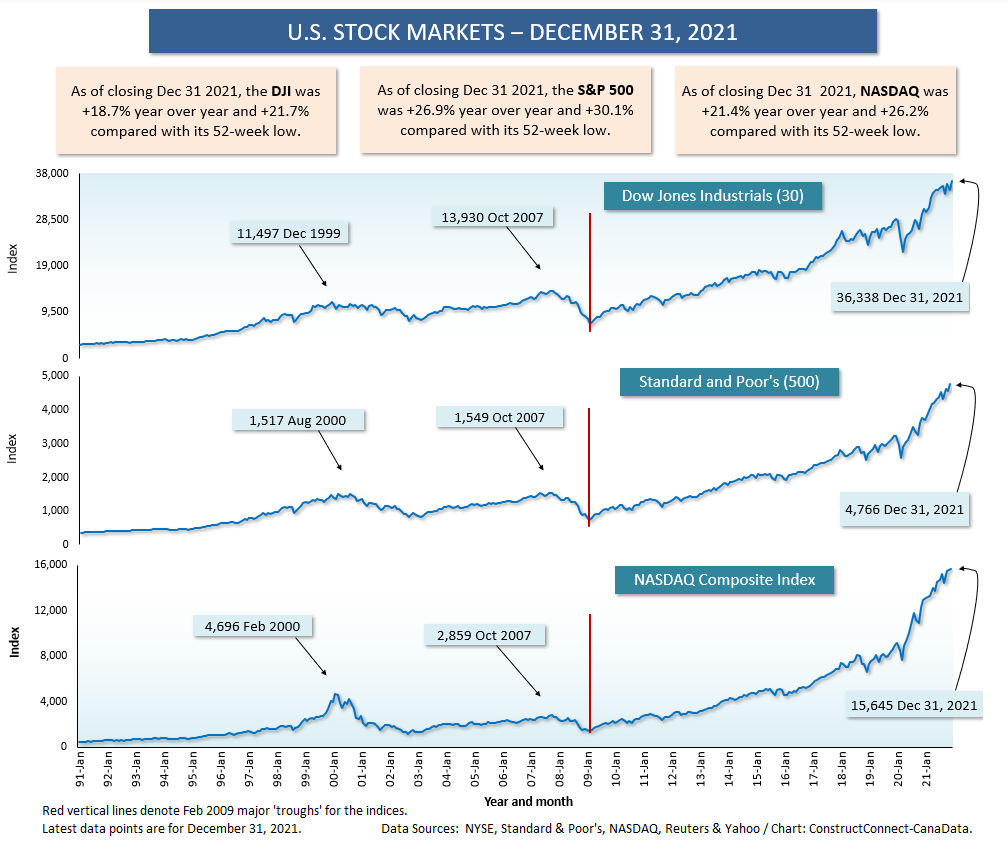 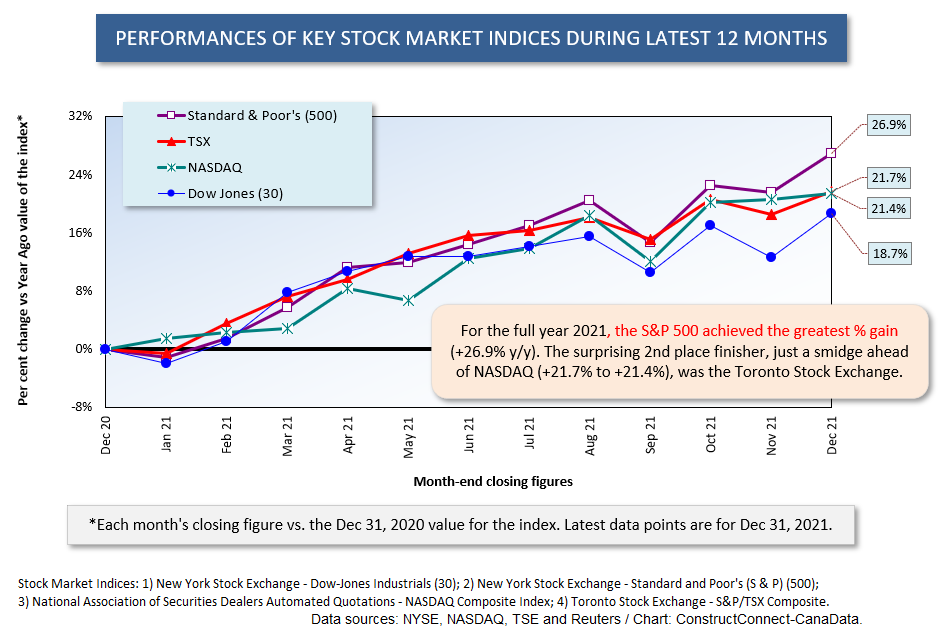 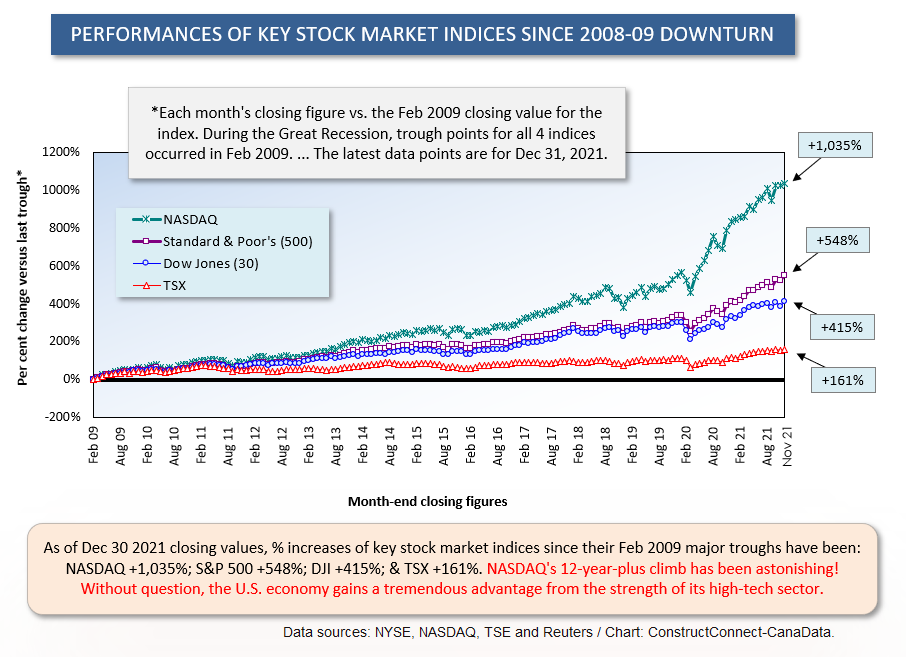 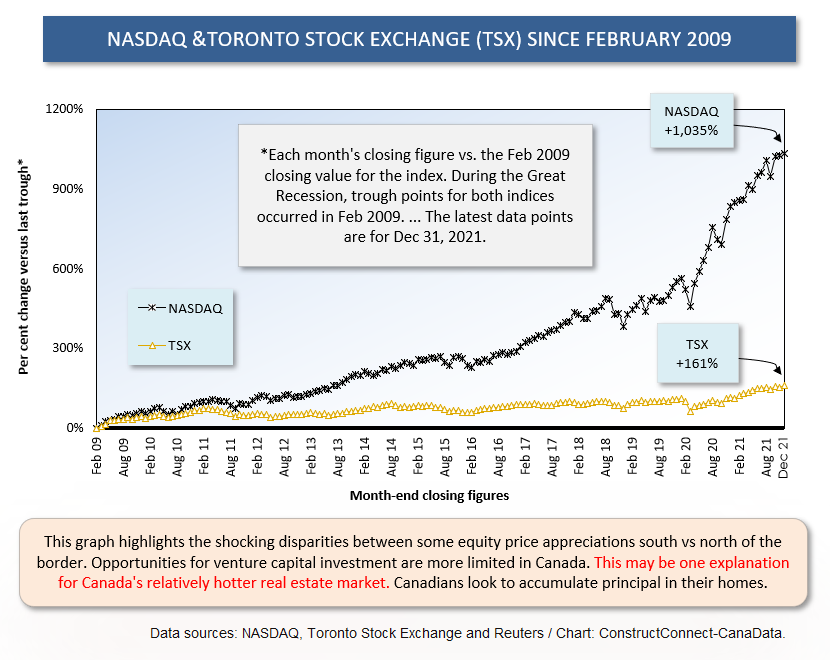 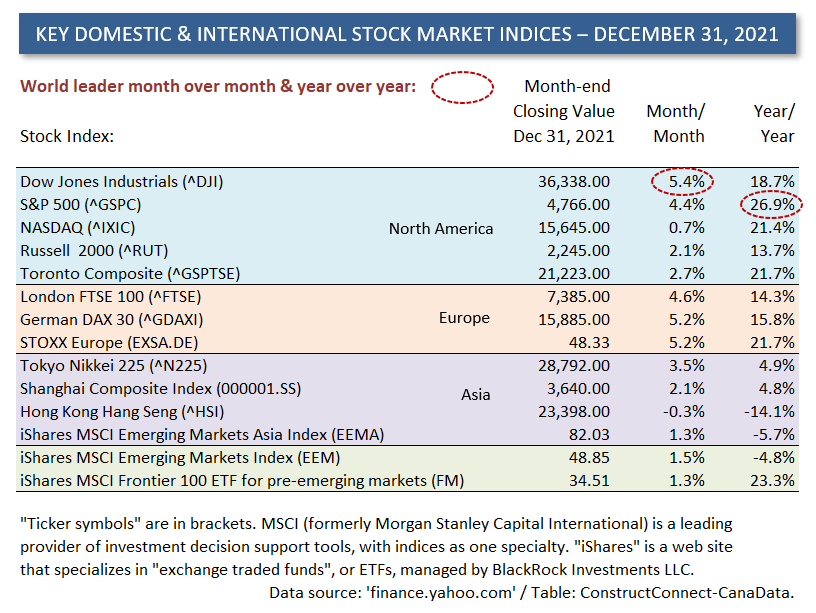 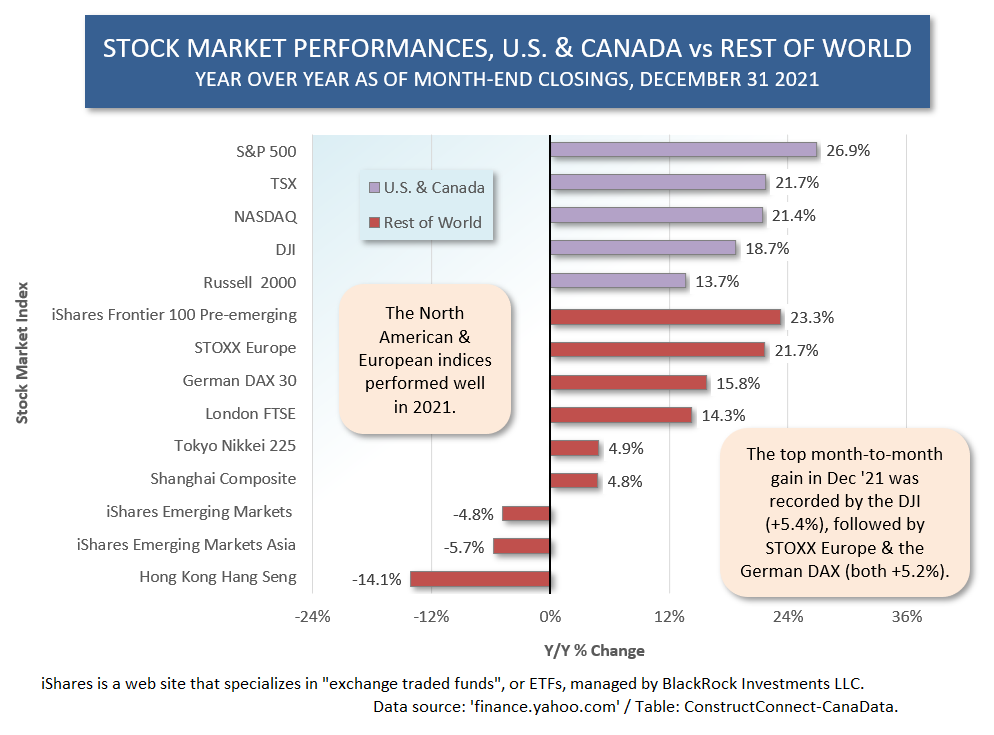 VICTORIA—A record number of homes are being registered in B.C. new data shows....

OTTAWA—Canada's industry minister is set to meet with companies desperate for so...

The construction economies of the U.S. and Canada are moving on a forward trajec...

Climate and Construction: Another new year without the 2020 National Building Code

Canada’s immigration system is not delivering the waves of new Canadians who gra...

The reservation of a general right in favour of the contracting authority to rej...