The recent rescue of a crane operator at a White Rock, B.C. construction site by local firefighters demonstrated what the Technical High Angle Rope Rescue Program (THARRP) is all about: prepare and train for every possible situation, then act with precision to effect a rescue. Exciting for onlookers, the procedure was completed by firefighters with calm resolve.

Unique in Canada, THARRP is operated by the B.C. Construction Safety Alliance (BCCSA) as a train-the-trainer program designed to assist fire departments in meeting the requirements for technical high-angle rope rescues. Under the program, participating fire departments also survey each crane erected on a worksite, familiarizing themselves with all aspects of a potential rescue.

Members of White Rock Fire Rescue Service arrived at the scene of the Soleil Condominium construction site on the morning of April 28 in response to reports of a medical emergency involving a crane operator. Following an assessment, they determined that he was in stable condition. However, the patient stated that he did not feel comfortable climbing down the tower crane.

While the incident occurred in White Rock’s jurisdiction, a mutual aid agreement allows them to call on Surrey Fire Service to assist in high-angle rescues.

“When White Rock crews determined they were dealing with a tower crane incident, their chief contacted me to deploy a technical rescue response,” Aldcorn says.

Both departments had completed a joint inspection of the two tower cranes on the site prior to the incident and had familiarized themselves with the site safety plan.

“On the way to the call, we used BCCSA’s THARRP online portal to access detailed information regarding the site and the crane,” says Aldcorn. “That allowed us to be ready when we arrived.”

A unified command was established, involving chiefs from both fire services and the site safety representative. A twin tension rope system, which divides load distribution between two sets of ropes and pulleys, was deployed.

In addition, crews delivered a Spec-Pak patient extrication system consisting of a short spine board and harness, ideal for high-angle and confined space rescues.

White Rock crew members remained with the patient as Surrey firefighters effected a rescue at a height estimated at just under 100 feet. Once the patient safely reached the ground, he was transferred to B.C. Ambulance Service paramedics.

“This is a success story for THARRP, because it demonstrates the training it provides allows a fire department to be operationally ready for a tower crane rescue when the need arises for a skill they rarely need to deploy,” says Ammar Kavazovic, director, programs and initiatives with the BCCSA. “The feedback we received was that the rescue went off smoothly precisely because the crane survey had been completed ahead of time, and because the fire department had access to trained staff required to effect a rescue.”

Aldcorn concurs, noting this was the first time he — and any other member of the Surrey crew — had taken part in a high angle tower crane rescue.

“We were very happy with the proficiency of the crews who took part in the rescue,” he says. “It takes a high level of dedication and discipline to maintain those skills for a scenario that doesn’t happen very often.”

This content is an Industry Special by BCCSA in collaboration with ConstructConnect™ Media. To learn more about BCCSA, visit www.bccsa.ca. 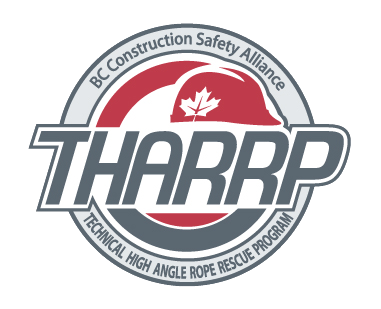 ‘He was my left hand.’ Father grieves following charges in wake of son’s death

Several years on, Marcel Poitras’ pain over his son’s death is as fresh as the d...

$120M Hydro One tunnel construction years in the making

KITIMAT, B.C. — Residents of Kitimat will soon have a central option for turning...

In the history of the City of Calgary, there are few people who can claim to hav...

SAULT STE. MARIE — A contractor based in Sault Ste. Marie, Ont. has been fined $...