Hyperloop headlines: A collection of stories

The concept of a hyperloop transit system is not new in Canada, but the idea of it actually being built is gaining traction in the west.

The following is a collection of stories the Journal of Commerce has written on emerging hyperloop technology being developed by Canadian-based TransPod and its proposal to build a system that will carry passengers and cargo faster than 600 km/h from Edmonton to Calgary.

Edmonton and Calgary may be home to first TransPod corridor 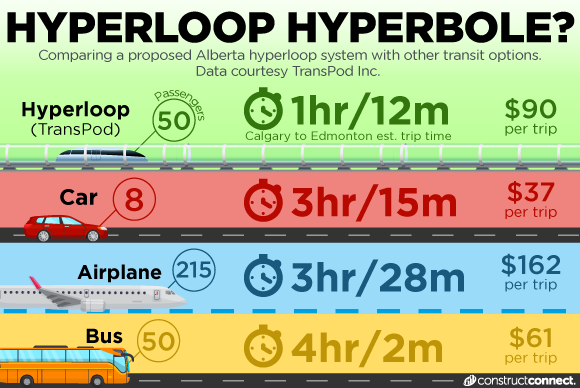 Despite the challenges caused by COVID-19, a first-of-its-kind pilot project to...

AECOM and EllisDon want to get Alberta moving. The pair have formed Prairie Lin...

Your top DCN headlines this week feature the completion of the long-awaited Unio...