BIM can transform the Canadian construction and design industry

This is the debut of “BIM Insights,” a column that will appear every so often in the Daily Commercial News on the digital transformation of Canada’s construction and design industry. It is produced by the University of Toronto’s Building Innovation Research Centre (BIRC) and the Residential Construction Council of Ontario (RESCON). This column launches the third annual BIM survey. Please see the bottom of this column to participate.

The construction industry has been widely criticized around the world for its slow adoption of new technologies over the last two decades. However, most recent surveys of the construction industry, both in Canada and internationally, have indicated a significant shift: the beginning of the industry’s digital journey. As part of this journey, a growing number of companies and jurisdictions around the world are moving towards adopting Building Information Modelling (BIM), which is not only a product shift but also a significant cultural shift for this industry.

An overview of the global BIM implementation is illustrated in Figure 1, where the size of the circle represents each country’s proportional population. 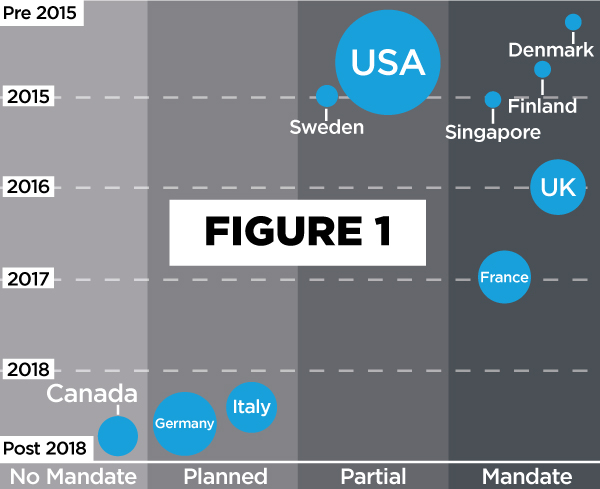 BIRC first partnered with RESCON and the Toronto BIM Community (tBIMc) in 2017 to conduct a detailed survey of BIM implementation within the Canadian architecture, engineering, construction and facility management industries. This effort was motivated by the lack of a consistent benchmark for BIM implementation in Canada. Starting small, the effort resulted in the first annual BIM report in 2018, which targeted only the GTA. With more than 100 individual questions, the survey had encouraging support with over 250 respondents.

Its success attracted interest from national BIM organizations, CANBIM and BuildingSMART Canada, and motivated the research team to expand the survey scope to include the entire country for the second annual report, published earlier this year. It received 398 respondents from coast to coast. In one question, respondents were asked to agree or disagree with the statement that adopting BIM can: 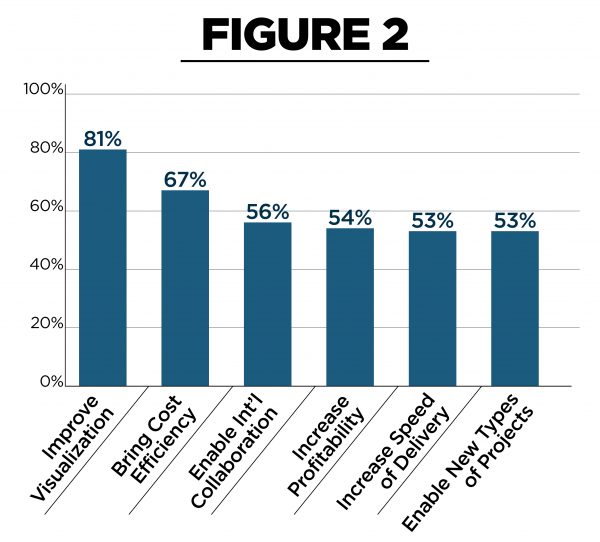 Figure 2 illustrates over 80 per cent of respondents agree that adopting BIM can provide visualization benefits (BN1). Secondly, the cost efficiency (BN2) that BIM can potentially provide in a project is valued, especially if BIM is implemented with the support of all project stakeholders. The benefits from BN3 to BN6 also received over 50 per cent agreement, whereby respondents generally agree with the perceived benefits of BIM.

Complete analysis of all annual BIM surveys can be found on BIRC’s website at https://buildingtall.utoronto.ca. BIRC’s director — Prof. Brenda McCabe of the civil and mineral engineering department at the University of Toronto — emphasized the importance of aligning the research priorities of the centre with the research gaps in Canada’s construction and design industry. These surveys are envisioned as an effective and transparent communication channel for the industry to inform not only the research priorities for academia, but also the technological directions of the municipal and provincial government agencies.

Based on the findings of the two annual BIM reports, BIM-driven productivity improvements in construction was selected as an area of research with high-impact potential for the local construction industry. Specifically, two themes of research were identified for BIRC as the existing research gaps towards a more productive and more technologically adept local industry: the development of a comprehensive BIM-based e-permitting framework for municipalities, and on-site implementation of the augmented reality and virtual reality tools on a BIM platform.

Around the world, countries are integrating innovative BIM-based processes and analyses. Most achieved this in a top-down approach through national mandates requiring BIM for all public and large private projects. Currently, Canada is the only G7 country without a national BIM mandate. Instead, the BIM momentum is being driven outward from the middle by the design community. As BIM’s visibility grows, the push upstream to owners and downstream to contractors is proving the value of its processes and efficiencies. Governments and regulators are recognizing the potential for reducing time and red tape as well as for improving process transparency through the use of BIM-based e-permitting approval processes.

We are excited to announce that the next national BIM survey was launched today in collaboration with the Daily Commercial News and Journal of Commerce.

Big-city highway congestion and small-town public transit were in the spotlight...

With the Ontario election less than a week away, the Daily Commercial Ne...

Your top DCN headlines this week cover the devastation left behind after a storm...

Climate and Construction: 1.5 million homes in 10 years, but at what carbon cost?

Ontario Premier Doug Ford is seeking re-election partly on the back of a promise...

A former firehall in downtown Whitby, Ont. is being transformed into a mixed-use...

Legal Notes: Failure to pay an adjudicator’s determination is not good strategy

A recent decision by Ontario Divisional Court makes clear the importance of adhe...

TCBN celebrates champions ‘taking it to the next level’